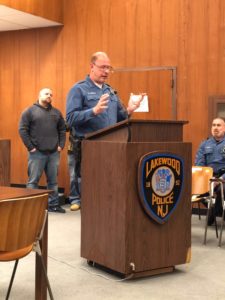 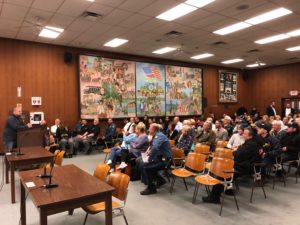 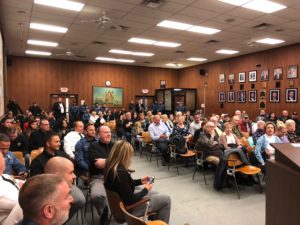 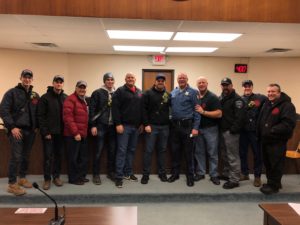 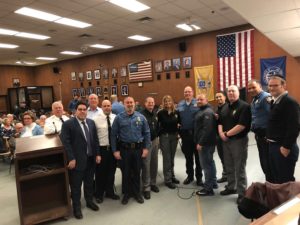 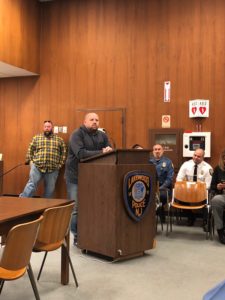 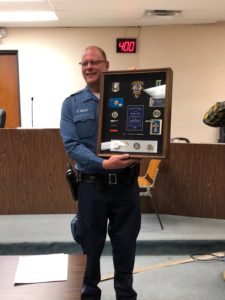 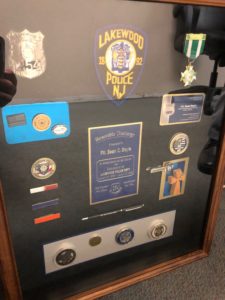 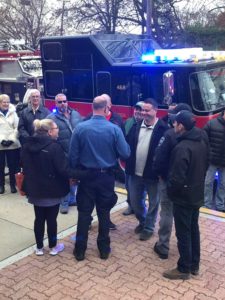 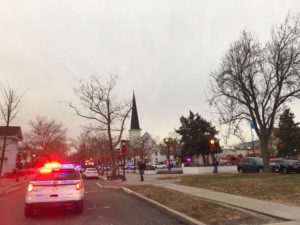 After 20 years of dedicated service to the Lakewood Police Department and our citizens, Officer Sean Doyle bids farewell. Officer Doyle was hired in January of 1998. He and 13 other Lakewood Police recruits started their journey at the Ocean County Police Academy Class 70. After graduation, he was assigned to Platoon Three of our Patrol Division where he spent the majority of his career.

While there Officer Doyle made numerous arrests and earn several commendations. Most notably he received The Life Saving Award for his actions on October 16, 2013.

Officer Sean Doyle was seated in his squad car late that afternoon on East Fourth Street, when a car quickly approached him with the horn blaring. Doyle sprang out and encountered a panicked father whose son had no pulse and whose lips were turning blue. After handing the then four year old child to Doyle, he and near by pedestrian, Ivana Lopez, successfully resuscitated the child after performing CPR.

After almost 17 years in our patrol division, Officer Doyle finished out his career with our Quality of Life Unit. He and his Partner Officer Kenneth Burdge spent their days giving tours of our facilities to school students, attending job fairs and community reach programs as well as working closely with Township Officials to address various quality of life violations.

Officer Doyle and his sense of humor will be surely missed by his LPD Family. Congratulations on your retirement and thank you for your dedicated service!