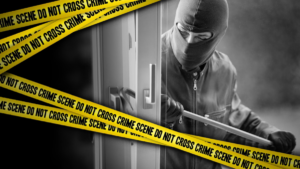 Earlier this afternoon Detectives from  the Lakewood Police Department have arrested an individual they believe is responsible for numerous burglaries in the Stirling Forest neighborhood after obtaining evidence from an overnight burglary to a Hadassah Lane synagogue.

At approximately 12:30 this afternoon the Lakewood Special Response Team, along with detectives,  executed a search warrant at a Lynn Court home after an approximate four month investigation led by Detectives Michael Cavallo and Chase Messer. As a result 27 year old Mashon Wilson was arrested on scene without incident. A search of the home resulted in the recovery of several pieces of evidence connecting him to seven burglaries to local commercial businesses and area synagogues between October 24th and 3:00 am this morning. In addition, Investigators were able to connect Wilson to several car burglaries that occurred on Empire and Trudy lanes in early November.

At the time of this release multiple counts of burglary and theft charges are being filed.