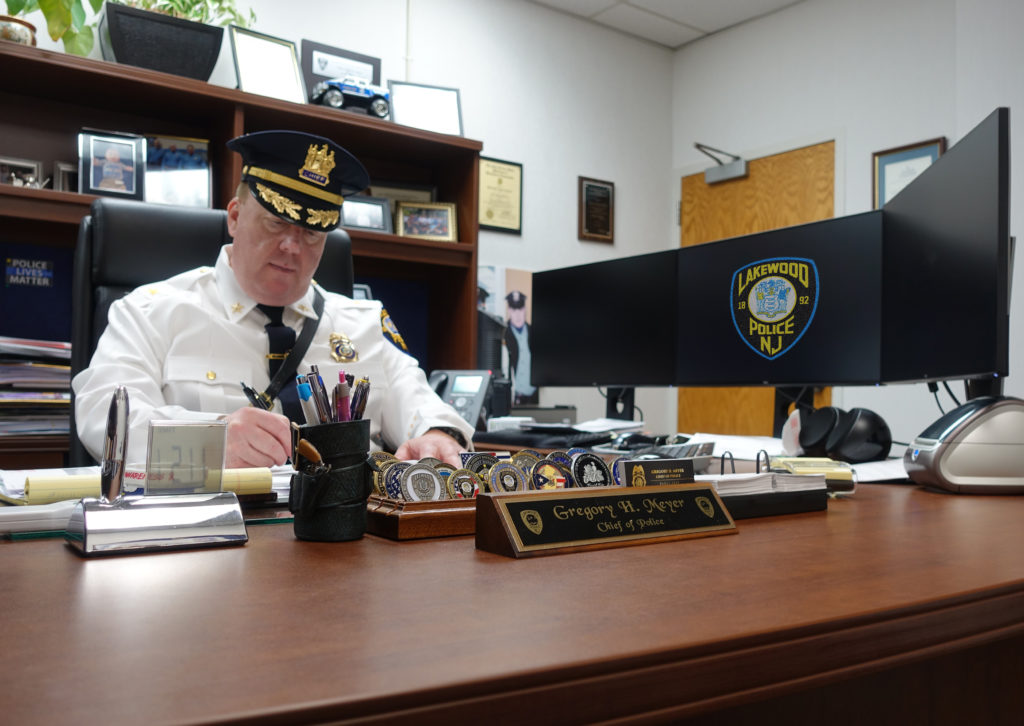 Gregory H. Meyer was born in Lakewood and attended school here graduating from the Lakewood High School in 1982. He then went on to attend Ocean County College, majoring in Criminal Justice receiving an associate degree in 1985. He was hired by the Lakewood Police Department in February of 1986 and attended the Ocean County Police Academy, graduating in May of 1986. Patrolman Gregory Meyer began his career as a foot patrol officer assigned to Lakewood’s downtown for several years before moving to the motorized patrol division. He became a member of Lakewood Special Response Team in 1991 as well as the departments Dive Team. He became a Sergeant in 1996 in the patrol division and after several years moved up to Lieutenant of the midnight Platoon in 2004. He went on to become the Team Commander of the Special Response Team and was wounded in the line of duty on September 24th, 2009 with several other team members during an early morning no knock search warrant execution. He returned to full duty and became Patrol Division Commander after being promoted to Captain in 2011. He continued to undergo extensive training and attended and graduated from the West Point Command and Leadership Academy in May of 2013.

After 30 years of service and dedication to the agency, Captain Gregory Meyer became Chief of Police of the then 135 member police department in August of 2016 after the retirement of Chief Robert Lawson who server 35 years with the department. Chief Meyer has continued the departments rich tradition of service to the community of over 130,000 residents and has grown the agency to over 160 full time sworn members and a staff of over 50 civilians making the Lakewood Police Department the second largest in Ocean County. The department also achieved its goal of becoming an Accredited Agency in 2017 and continues to improve its policing and training for its members. The department is focusing on advancing technology, training, as well as the reimplementation of the agencies K9 division that had a 30-year hiatus. The department is also working on ways to improve the service it provides to the ever-growing township and the unique challenges facing Law Enforcement today.