Man Picking Up Child For Visitation Arrested For DWI 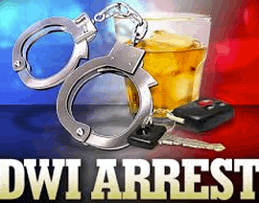 On December 16th at approximately 6:30 pm Officer Joseph Rusk was dispatched to investigate the report of a intoxicated male who was sitting behind the wheel of a vehicle parked in front of police headquarters on Third Street. Upon arrival, Officer Rusk leaned that a 32 year old Lakewood man was dropping off his daughter to her mother, 32 year old Paulino Guerrero and her boyfriend, 29 year old Oscar Hernandez, both of Lakewood.

At the time, the father believed Mr. Hernandez was under the influence of alcohol as he pulled in his 2002 Chevy Suburban.  Further investigation by Officers Rusk, Kenneth Schaal, Tyler Ragaukus and Andrew Meyer resulted in the arrest of both Guerrero and Hernandez for Endangering the Welfare of a Child. Hernandez was also charged with Driving Under the Influence of Alcohol. In addition, Mr. Hernandez received multiple motor vehicle summons associated with the arrest and was subsequently transported to the Ocean County Jail.  His vehicle was impounded from the scene as per John’s Law.