On Friday, May 20, 2022, Fr. Guilherme Andrino from St. Mary Lady of Guadalupe Catholic Church, Lakewood NJ., blessed the 1941 memorial Oldsmobile 4 door sedan that is owned and is on loan to the Lakewood Police Department by Mr. Shrage Pinter.

Mr. Pinter who is a local businessman and he is the Dean of a Jewish religious school came up with the idea to memorialize the car with Chief of Police Gregory H. Meyer after speaking with Det. Sgt. Jeannette Shimonovich in-depth about the passing of her son Nicklas Shimonovich while off-duty in a motorcycle crash, though actively employed as a Police Officer for the Lakewood Township.

Mr. Pinter has known Det. Sgt. Jeannette Shimonovich and her husband Lt. Robert Shimonovich since the begin of their career and was moved by the unfortunate incident and being a longtime friend to the previous Chief Robert Lawson, who also lost a son Craig Lawson off-duty, though actively employed as a Police Officer for the Lakewood Township.

The sudden losses of two young men that had so many accomplishments to fulfil perished way too young and had their entire life ahead of them, was the inspiration that fueled Mr. Pinter to memorialize their existence with dignity and respect by sharing with the community the car to memorialize fallen Lakewood Police officers both in the line of duty and while actively serving the Lakewood Township, by displaying their names on the door panels.

“The memorialization of the car symbolizes UNITY IN THE COMMUNITY and it harmonizes by expressing and embracing peace, love, and compassion throughout an all faith’s community partnership and it’s encouraging to have the car blessed by Father Andrino. The blessing demonstrates a positively enriching community that empowers the community to connect as one” – Mr. Shrage Pinter.

“It would be an honor to have a blessing for the car as our officers who have passed names are on the door panels of the car, along with an official police shield, the car is to memorialize fallen Lakewood Police officers both in the line of duty and while actively serving the township at no cost to taxpayers to use for any and all events” – Chief Gregory H. Meyer. 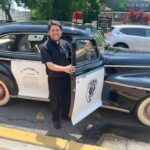 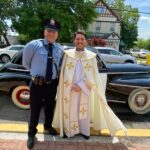 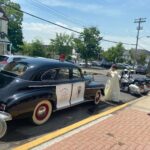 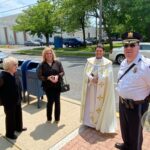 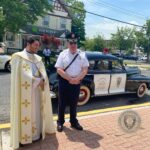 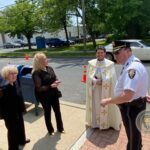 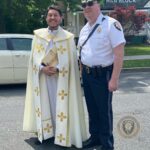 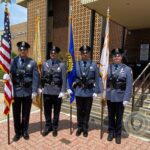 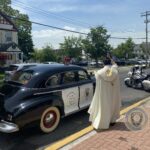 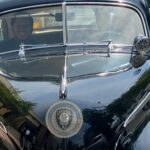 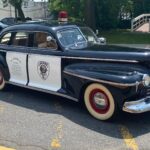 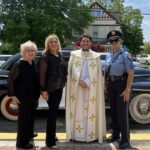