Jesse’s Journey, story presented by his Mother Maureen Morella, to a room full of Lakewood High School students and athletes; the importance of one bad decision to do drugs could change your life and how many times does it take to risk your life to party.

The bad choice of a night of fun by using drugs and/or alcohol, could truly ruin the life you have and your loved ones forever. Mrs. Morella delivered a powerful message with Jesse’s help by his visual agreement in nodding his head, she explained the daily struggle of maintaining good health and a positive mind set throughout the overwhelming burden of the pain and suffering without measure to see your child in a debilitating condition.

Jesse Morella’s over-dosed on heroin. His heart stopped, twice, but by then he had already choked on his own vomit (Jesse’s father came to his assistance at home), It was not until after Jesse was resuscitated a second time that the extend of the damage was known. He could not move his arms or legs. He could not speak. He could not even swallow. He was left a quadriplegic at 16 years old.

Jesse’s Journey is undoubtedly a sad heartbreaking reality of the dangers of drugs and the Morella’s have dedicated by speaking at numerous schools sharing this hard truth with so many students for awareness on drugs and to find courage to tell someone when you or someone you know is going down the dangerous path of drugs and/or alcohol, and not to be frightened to ask for help.

At the end of the presentation, announced by Steve Peacock, giveaways were raffled to the students and provided by the Lakewood High School, OCPO and LPD.

The LPD raffled the highlight giveaway prize, a cruiser bike, won by a Lakewood High School student athlete. The raffle ticket was picked by Jesse and the lucky ticket number  6977 happened to be a combination of the last two digit badge numbers assigned to two of our officers that were present at the presentation, SRU Sherry Jones #277 & SRO Stephanie Mahone #369. Officer J. Yahr, Ptl. C. Rose & K9 Ranger also assisted and represented the LPD.

*Anyone who has an addiction problem can simply go to a local police station or if you see an officer, ask for help. They will be given assistance immediately. 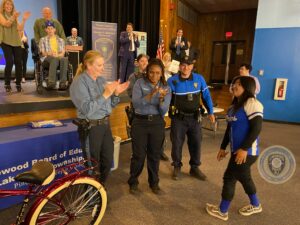 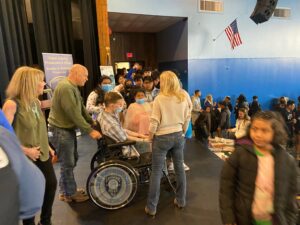 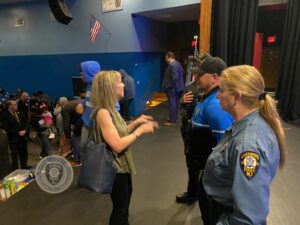 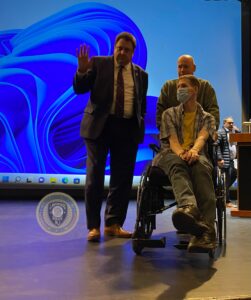 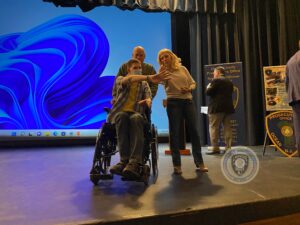 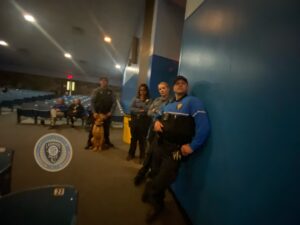 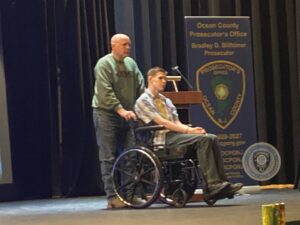 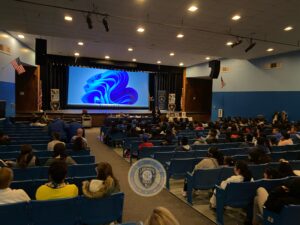 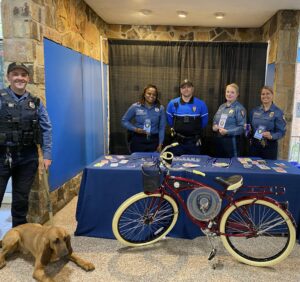 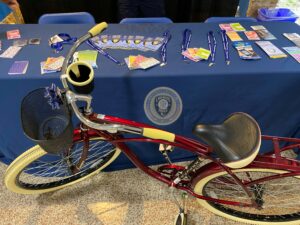 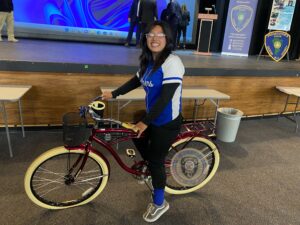 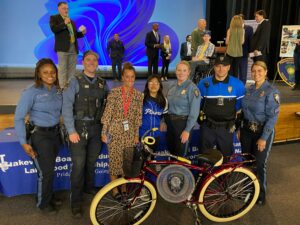 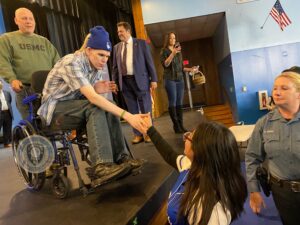 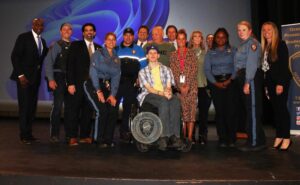 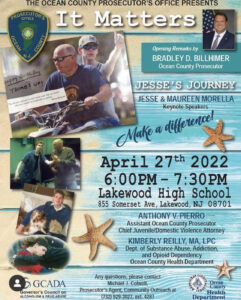